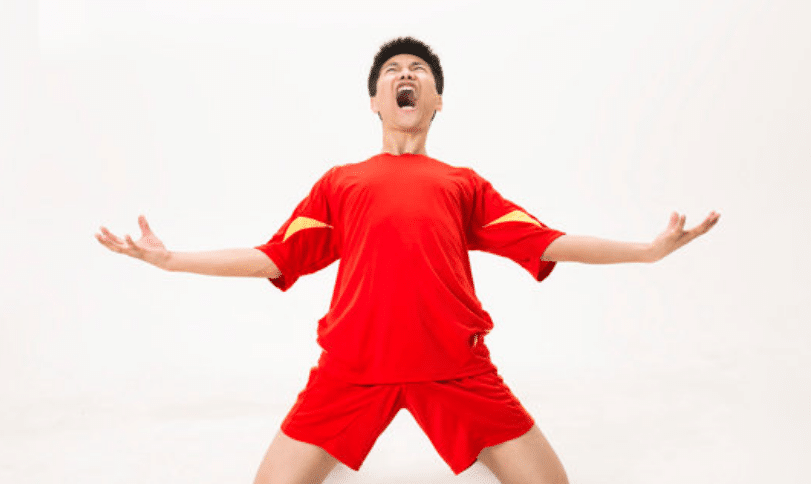 How often could you wager on Arsenal at odds-against to win last year? The amazing answer is 4 games. Actually, aside from the evens available on the Gunners for their highly charged Highbury match with Man United, they actually started odds on for all their home games. The gap in ability between the top 3 English teams and the others is increasing all the while.

Where betting is concerned, the dominance of Arsenal, Manchester United and Chelsea isn’t good news. In fact, the probable odds on offer about the Big Three are so prohibitive that many of their live TV matches will be dead rubbers for punters.

It’s understandable then, that Asian handicaps are becoming increasingly popular. Affording the opportunity to take a view at around even money on even the most one-sided games, Asian handicaps are now a crucial weapon in the armory of any punter looking to be profitable on football.

The former Sporting Index and Victor Chandler football guru David Garbasz stated of late: ‘The future is Asian.’ We checked a month ago at the way Asian handicaps can make an even contest of any football match – however one-sided it may seem – by handicapping the competing teams to receive or concede a head start. We did research and saw how Asian handicaps can eliminate the draw for betting purposes, offering a positive or negative outcome for punters whatever the result.

However, when are the best times to select Asian handicaps as a part of your football betting strategy?

For those who care about value, the answer is simple: whenever possible. While traditional football betting typically performs at margins of more than 110%, the percentages on Asian handicaps are less, usually trading at just 103% – the lowest in the industry by some margin. The reason for this is because Asian handicaps have only two outcomes – a win for either side – so the in-built bookmaker profit margins are lower (the draw occupies a big percentage of the margin in traditional football betting). So when you put your bet on an Asian handicap market, you are always going to get better value than in any other form of betting on football.

Take, for example, a match between Arsenal and Tottenham. Arsenal is at home, and so are -0.5 of a goal favorites on the handicap. The price for them to cover the start is 1.9 (10/11), with Tottenham, receiving a start of +0.5 of a goal, at a similar price. This game on the 1 X 2 fixed-odds is priced at 4/5 Arsenal, 12/5 the draw and 3/1 Tottenham. Two different betting options, you might think. But not if you fancy Arsenal.

In the first example, a bet on Arsenal conceding the 0.5 of a goal handicap would see you lose if the match resulted in either a draw or a win for Tottenham. In reality, you are betting on Arsenal to win – precisely the same option as a straight win bet on the Gunners in the fixed odds market. However, there’s a difference. Because of the lower Asian handicap margins, you can have 10/11 rather than 4/5 about the same outcome

As one Asian handicap market maker explained ‘You have to laugh sometimes when punters come on and take the best-fixed odds price when, with a bit of lateral thinking, better odds are available right in front of their noses.’

While smaller margins are evidently an enormous part of what makes Asian handicap betting so attractive, that isn’t how the story ends. Asians can also offer far greater flexibility for the shrewd punter.

For instance, think about a game that appears one-sided on paper, but in which you think the underdogs will perform well. Think about Arsenal and Middlesbrough are playing at the Riverside. The Asian handicap is the split ball Arsenal (-0.5, -1.0) vs Middlesbrough (+0.5, +1.0).

Assuming you want Middlesbrough to take at least a point, the only fixed odds options available are either to split your stakes between a bet on Middlesbrough and the draw or lay Arsenal on the exchanges. Nevertheless, the same result can also be achieved by placing a bet on the Asian handicap above – but with the added bonus of an additional safety net.

Let’s assume the match goes as you suspected and, with 85 minutes gone, it’s still scoreless. Nevertheless, in the 90th minute, United break quickly and snatch an undeserved late goal.

Although your judgment was largely correct, your bets on the fixed odds market would have been losers. The Asian handicap choice would deliver a return of your stakes for half your bet. This occurs because your split ball wager would have been divided between Middlesbrough receiving half a goal start (a loser, in this instance) and Middlesbrough benefiting from a goal start (a tie on the handicap in this match).

Asian handicaps can provide to punters the chance to protect their stake (or part of their stake), if punters have a theory on a game and, eventually are proved to be nearly right in their judgment. With numerous matches in the Premiership often turned on the head by late goals, such a safety net can be a valuable asset.

Another benefit of Asian handicap markets is their ability to eliminate the spoiler of the draw. Let’s consider that Manchester United and Arsenal are playing in an FA Cup semi-final at a neutral venue. The game will definitely be a highly charged affair and a stalemate seems distinctly possible.

The Asian handicap is:

You want United to win, but fear they may not finish the job in normal time. If a bet is placed on the Asian handicap above, if the match does end in a draw, your stakes would be returned (as a drawn match would result in a tie on the handicap). If you’re considering either United or Arsenal to win the game, you can back them at a shade of odds-on, in the knowledge that only in the event of them losing the match would you lose your money.

So much for the theory. What do the experts have to say? The Managing Director of Premierbet is Graham Doyle. His company is the football bookmakers who founded Asian handicaps in the UK.

Taking into account that the company is renowned for laying large bets on fixed-odds matches, Asian handicaps are their signature market. They will give handicap options on every Premiership and Champions League match throughout the coming season. Graham Doyle’s advice is ‘always look to get with the underdogs’ and is a tip to be heeded by Asian handicap punters.

Graham Doyle also states that “The markets here and in Asia often overestimate the superiority of the favorites”. Another thing Graham Doyle has advised is, ”Just as people have a natural inclination to buy goals on the spreads because they want to see lots of action, punters often feel more comfortable siding with the big-name team to cover the handicap rather than the underdogs receiving it.”

Graham Doyle has also advised that ‘People like to back a favorite to win well. But even with the dominance of the Big Three, it’s a lot to ask for any side to concede a handicap of more than a goal.’ He maintains, ‘This is amplified by the fact that teams will often take their foot off the gas when a victory is certain. This can allow beaten teams to score consolation goals, turning a comprehensive victory into a narrow one and transforming a winning handicap bet into a loser.’

‘When betting on Asian handicaps, it’s worth remembering that team managers only care about the victory, not the margin of victory.’

So in conclusion, lower margins, better value, more flexibility and the chance to protect your stake in the event of things going wrong – including a heads-up on how to exploit the market from the MD of Asian handicap betting’s leading exponents.

For punters eager enough to take a leap of faith beyond the traditional forms of betting, this could be a fascinating and profitable adventure. And for those who aren’t ready to try to embrace what is already the only way they bet on football in Asia – remember what happened to King Canute.