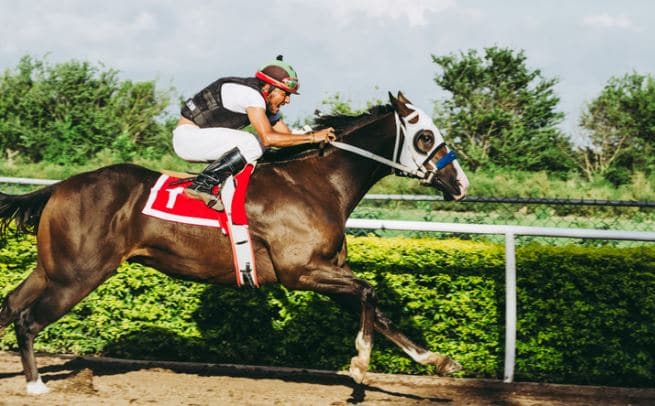 The Tote Scoop6 is the horsey equivalent of the Lottery for the more discerning. Both offer gamblers the potential to win large sums for a very small amount wagered.

Over 100,000 players every week are investing in the Tote Scoop6, in the belief that they are in control of their destiny regarding the wager. To an extent, they are correct, and they certainly have far more control than is the case in the National Lottery.

Odds exceeding 14 million to one control the Lotto. The Tote Scoop6 punters can lower their odds dramatically, by deciding the horses they will nominate to carry their cash.

Apologies for going on about this, but the Lottery is an example of everything that is wrong in today’s society – a quick fix, characterless contest. It can’t be compared to the moronic pursuit of the plastic balls to the Sport of Kings. Punters investing in the Tote Scoop6, know that months of effort have helped to produce every one of the six races that make up the Tote Scoop card each week.

Just watching a jockey, weighing less than 8st, trying to control half a ton of thoroughbred should be enough to convince you of the Scoop6’s supremacy. Anyway, your money is surely far better spent supporting an industry that employs hundreds of thousands of people, than on the corporate, tacky Lottery.

Anyone with a brief interest in racing will explain to you how they were affected by the loss of Persian Punch in April, and how horse betting brings ou strong emotions, both good and bad for different reasons. There isn’t a weekly or monthly magazine for ‘Lotto’ supporters, or television programs that attempt to educate punters predicting which ball might be drawn in any particular sequence!

The Tote Scoop6, then, is for the skillful client. The punter will make a selection of short-priced favorites, or choose more speculative runners, if they’re trying to win the swag for themselves, not wanting to share the dividend with anybody else.

You can insure against losing, if, for example, you have picked the first four winners, by laying horses on the internet.

The Tote placepot part of the wager presents investors the opportunity to win plenty of cash without actually selecting a winner at all!

The possible rewards on Tote Scoop6 are considerable. Firstly, the Place Fund is a useful consolation if you don’t land the big win, but all your choices are placed. The average dividend pays £572, which is comparable to the average placepot return. The dividend can alter dramatically, but as most of the races feature competitive TV racing with good size fields, there is consistently the potential for a four-figure return.

As recently as Lincoln Handicap day on 4 March this year, the Place Fund gave back a dividend of £6,336, on the basis of some good competitive racing from Doncaster and Newbury. The other advantage of the Place consolation is that it can prolong your enjoyment of the TV racing if your win selections have gone down.