Home News Online Poker is predicted to be Huge

Online Poker is predicted to be Huge 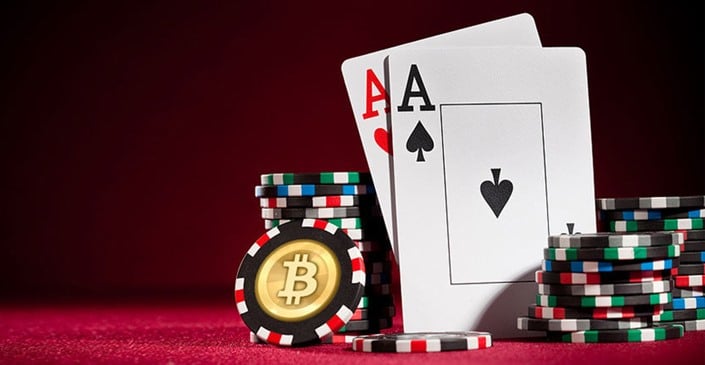 With the US on the brink of new legislation that will affect the way online poker is played in the US the online poker industry is set for a huge rise in revenue. The regulations will really only affect the US based companies and citizens, so as a whole the businesses not involved in the US based entities will not get much business from this side of the world. Nonetheless, if we begin to add the size of the US poker market to the already huge number global online participants, then online poker is going to be the biggest online game around.
In fact reports say that the gambling industry in the US was worth around $6 billion when it was pulled back in 2019. Now the new estimates say that once the online gambling market opens in the US by 2020 it will have a net worth of just over $500 million. It is the next 6 years that is expected to have the biggest impact on the overall market with prediction rising into the $9 billion mark by 2020. With much of this being poker related too then we are looking at a massive influx of poker players.
Expect sites such as Full Tilt poker and Poker Stars to be part of this massive growth in online poker. The state of Nevada has been given the go ahead to provide gaming servers that will allow other states to connect and stream gambling games to the citizens of the states that have a connection with Nevada. Both Poker Stars and Full Tilt are no doubt going to be based in the state to ensure that they get their fair share of the US market.
However, this is not likely to happen just now because the Nevada Gambling Commission are still not sure as to the what’s, where’s, why’s and how’s of the rules and regulations that are going to be put in place just now, and so we are waiting for a Request for Comments by the gambling commission to be satisfied.
Poker Stars is already bidding for the US market with its new pokerstars.net free play site. This should grab the attention of much of the US population and so when the US market pens this is one site that should show expediential growth. This will mean that hopefully European players can play US players once again, but we will have to wait and see. Nevertheless, if this is the case then the online poker industry is set to be bigger than ever.

The main reason race horse partnerships fail is that poorly bred horses are often sold for a high price and exorbitant management fees are charged. Nick Shiambouros a co-founder of Waterford Hall Stud in 2004 and has been a successful blood stock agent and racing manager for over twenty years. Nick successfully managed the three-year-old career of Indian Haven, who won the Irish 2000 Guineas at the Curragh. After his unlucky run at Newmarket,  Nick persuaded owners Julian Smith, Peter Gleeson and Lawrence Conway to supplement the colt for the race.
Nick tasted success in the United States when Mr. Fotis  won the Richter Scale Grade Two, beating cup winner Silver Train at Gulfstream Park. In his capacity as racing manager for Alago  Stables in the United States, he successfully campaigned Mr. Fotis  from maiden winner to retired stallion.
Nick has purchased and managed horses from all over the world, from Florida, Kentucky, Newmarket,
Ireland, California and New York. Nick believes in cooperative ownership, in which partners invest and profit equally.  The standard five percent bloodstock agent fee will be taken not as a cash payment but as five percent ownership in each horse.

Each year, there is a certain amount of celebrities, business owners, and athletes that enter into various WSOP events. In recent memory, some notable appearances include those of Nelly, Jason Alexander, Shawn Marion, and none other than Paul Pierce. He made his way to the WSOP back in 2011 and is here again in the off-season. The Boston Celtics veteran, whom was recently traded to the Brooklyn Nets, showed up with an entrance into the 61st event, featuring a $10,000 buy-in and Pot-Limit Omaha action.

How Paul Pierce Weighed Up Against The Competition 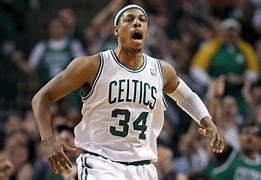 Paul Pierce is a basketball player, not a poker player. However, poker is one of the few sports that anyone could shock you by proving they are good at it and there are many hobbyist players. This is no different with Paul Pierce. He made his way into the tournament and finished the first day in 16th out of the 168 remaining players from a starting field of 386 entrants.
Things were looking positive for Paul Pierce, but it only took one hand early into the second day to change things. In his final hand, he flopped three of a kind and check-raised his opponent only to get shoved all-in for the few thousand more chips he had at the time. His opponent showed his hand, which was a flopped full house, and Paul Pierce went on his way. This meant the same fate for him as back in 2011, when he went out in the second day. 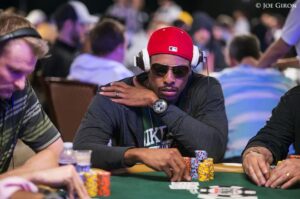 Another interesting part of Paul Pierce’s WSOP involvement comes through the means of him inviting Kobe Bryant to play the WSOP Main Event. Confirmation from Kobe Bryant that he will not be playing has already been received. He had given reasoning that because of his injury he cannot maintain sedentary for long periods of time, which means that sitting at a poker table all day would be a no go.
With that invitation, it would not be a surprise to see Paul Pierce participating in the WSOP Main Event. It would also not be shocking to see some other NBA players making the appearance, such as a few of the boys from his newfound team. Other players that have already participated in the WSOP may show up as well, such as Shawn Marion. This is great news for the poker world in general and hopefully someday Paul Pierce or another well-known celebrity will claim a WSOP bracelet.